Throwing Drivers Off the Tee & Why you Shouldn’t do it

Few things are quite as satisfying in disc golf than those ‘follow flight’ worthy drives where everything comes together and the most beautiful flight path unfurls before your eye. On the other side of that coin, fewer things are more frustrating and embarrassing than your drive crashing sharply out of the air or taking a hard left into some trees as your friends watch. I know that most people play disc golf in order to have fun and escape the craziness of the world that is going on around them. When you’re out on the course, you get to commune with nature and enjoy fellowship with friends. Are you still throwing drivers off the tee? Should you be?

It doesn’t matter what’s going on in politics and doesn’t matter what the stock market is doing. It doesn’t even matter how under appreciated you are by your boss. For those few hours, you can leave all of that to worry about itself while you enjoy some exercise, fresh air and make some memories. With that being said, there is a certain amount of thinking, planning and number crunching that needs to be done on the course if you want to steadily improve your game and make progress as a player. 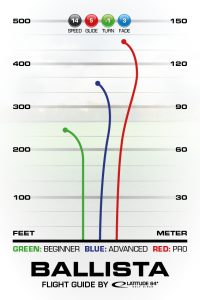 The link above has some great information on all four of the flight numbers and gives a brief explanation of what they each mean. For now, let’s dive into that first number which is called the disc’s “speed rating.” The speed number on a disc is hands down the most misunderstood of any of the flight rating numbers. This number is frequently thought of as how fast the disc will fly or how far it will go.

Players with this understanding will find themselves frustrated and confused why they are not able to throw a 10-speed driver twice as far as they can throw their 5-speed mid ranges. They will also often not know why their mid ranges and fairway drivers seem to fly straighter than their higher speed discs which will hyzer out to the left or right and end up far off the fairway. To read more about throwing your drives straighter, read my other Wild Discs article: 3 Ways to Have Straighter Drives. I am able to accurately describe this player’s thoughts and feelings because I am describing myself from not too long ago.

In my bag, I used to have a putter or two, two or three mid ranges, a few fairway drivers and then several different drivers ranging from my 10-speed Innova Orc to my 13-speed Discraft Nuke SS. Fortunately, there is an easy fix for this confusion and frustration and it lies in changing a single viewpoint. Let’s take a look at how a different understanding of a discs’ speed rating can significantly improve your game and lead to improved results off the tee box.

A Different Understanding of “Speed”

Now let’s take a look at the epiphany that overhauled my bag, increased my fairways hit and lead to me less frequently throwing drivers off the tee. The speed rating of a disc is not primarily how far the disc will fly on its own. It is first and foremost the amount of speed required for the disc to fly as it was designed to. This means that the other three flight numbers (the glide, turn and fade) will not come to fruition unless the first number is met accurately. This is true for both throwing too slow, or too fast compared to the speed number. If you take your 2-speed putter and give it a full send like you would your 12-speed driver, you will witness two very different flight paths. Likely neither of them will be true to the proper flight of the discs. 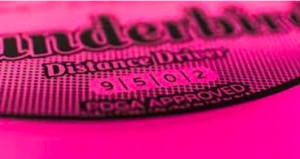 The flight path chart above helps to illustrate this point. All three of these flight paths are representative of the same disc being thrown at different speeds. Being a 14-speed, the Lattitude 64 Ballista has a huge speed rating. This means that when a beginner throws the disc, they will likely be unable to generate enough speed to make the rest of the flight numbers come true. When a pro throws this disc however, you can see that the -1 turn gives the flight a gentle curve to the right in the middle of the flight, and the 3 fade brings the disc back to the left so that it lands in a straight line to where the disc was thrown. Now that you have a better understanding of the speed rating of the disc, there is one more element to understand in order to complete the puzzle.

That’s right, knowing the speed rating of the disc is only half the battle. Next you need to find out your approximate speed rating in order to know how to marry the two and get the best results off the tee box. Now before you go and find a radar gun and try to break Simon Lizotte’s 89.5mph record, that’s not what I’m talking about. This doesn’t require any fancy equipment or calculations. All you will need to do this is an open field and discs of several different speed ratings. Before you head out to the field, look up the flight charts of the different discs to know what they are supposed to do. Then, head out the field and let ‘em rip! Starting with the lower speed discs, slowly move up in speed and take notice at which point the flight paths start to look more like banana curves than what the flight chart indicates.

Not all discs are designed to have the nice gentle S-curve that the Ballista does in the chart above. Taking a right-handed backhand (RHBH) throw as our example, some discs are designed to fly straight, others are intended to “turn over” and fly gently to the right throughout the whole flight and others truly are supposed to curve sharply to the left. My encouragement to you would be to find the speed rating at which point you are not able to consistently create the intended flight path of the disc. For me, this is somewhere between a 10 and 11. This doesn’t mean that I have given away all of my 12- and 13-speed drivers. What it does mean is that I only keep one or two of them in the bag and they only come out for very specific shots. The reason it is important to primarily throw discs that are within your personal speed rating is that the flights of the discs will be more predictable and repeatable.

Other Factors To Stop Throwing Drivers

When it comes to selecting the best disc to use off the tee, there are a few other factors to consider than merely the speed rating of the disc. The first factor to consider would be the plastic of the disc. Stay tuned for my next article which will be on the differences and pros and cons of different types of plastics (and there are quite a few)! To put it shortly, different types of plastic inherently have different levels of stability. What this means, is that a 10-speed driver in Innova’s DX plastic will fly very differently than that same 10-speed driver in Innova’s Champion plastic. This is important to keep in mind as you are purchasing discs. Another factor is the environment. This would include the wind and even the temperature.

The speed requirement of a disc to create its ideal flight path is the speed at which it is traveling through the air, not relative to the ground. This distinction means that if you are throwing into a headwind, the disc will be moving faster relative to the air than it would if there was no wind. This is one of the situations that I keep one or two of those higher-speed drivers in my bag. If there is a headwind as I’m standing on the tee box, then and only then I can get that 12-speed or 13-speed driver to fly as it is supposed to. The opposite is true for tailwinds. If you notice a tailwind when on the tee box, you might want to consider “disking down” a speed rating or two because the disc will be flying slower relative to the air if the wind and disc are going in the same direction.

So What Speed is Best?

Having a higher personal speed rating is much less important than what you can do with it! I have a good friend who has played disc golf for upwards of 10 years and only uses 3 discs! His driver is a 10-speed Innova Champion Orc. With this Orc, I have seen him outdrive people throwing 11-, 12- and 13-speed drivers time and time again. He even recently won a 4-round Tournament using only these same 3 discs he has used for a decade! Next time you head out for a round, try thinking about what speed disc will be best for the situation and your personal speed rating and watch your scores drop! So are you going to stop throwing drivers off the tee?

Check out our selection of discs and gear at https://wilddiscs.com/